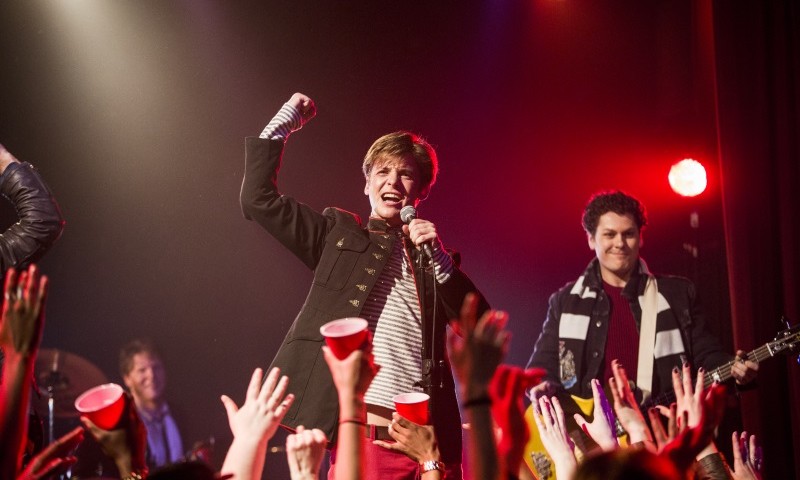 A fictitious band 20 years in the making gets the big screen treatment with The Cocksure Lads Movie, written and directed by Great Big Sea’s Murray Foster, formerly of Moxy Früvous.

Toronto-based Foster and Früvous bandmate Mike Ford have been writing cheeky British-invasion-style pop songs for years, even working up a back story for the musicians. They ended up with enough material for two CDs.

Troubled former bandmate and ex-CBC Radio host Jian Ghomeshi had nothing to do with the project, said Foster.

Foster expanded the songs and story of the Cocksure Lads into a musical comedy movie about the group’s first North American tour, which lands the likable lads from Newcastle in Toronto for their breakout gig. But things go wrong from the start.

The movie picked up funding from a variety of sources, including Kickstarter, members of Foster’s soccer team and Telefilm. The filmmakers also make a pitch on CBC’sDragons’ Den this season, but Foster can’t say yet if they landed some Dragon support.

The tricky part came from finding a way to weave a song like “Wellies in the Bath” into the film, explained Foster. “So I gotta figure out a plot line that gets a dude into a bathtub wearing Wellington boots. So that necessarily pushes your plot into some crazy direction to justify that.”

Foster said he thinks the movie could spawn a TV series.

“I think my conception for it now is that I would transplant them to a small Ontario town, so they’re Canadian kids who love British music, then we trace their rise and fall through the whole process,” said Foster.