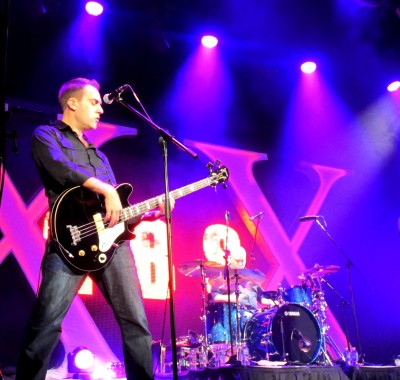 Best known for his role as a founding member of Moxy Früvous and the bass player for Great Big Sea, Murray has a over two decades of experience as a professional musician.

He currently performs as a solo singer-songwriter, a session musician, and with his two bands The Cocksure Lads and The Lesters.

In 2014, Murray was named as a member of the Toronto Music Industry Advisory Council which provides a forum for the discussion of opportunities and challenges, exchange of ideas, input and advice, and development of the music industry in Toronto. He is Chair of the Advocacy Working Group.

In 2010, he and his former Moxy Früvous bandmate Mike Ford recorded a collection of songs in a Beatles-era Britpop style under the name The Cocksure Lads. That CD – The Greatest Hits of the Cocksure Lads (1963-1968) – became the jumping off point for a feature film, a 2nd CD Mad Lad Plan, and a television script. The band performed on CBC’s Dragons’ Den in January 2014 to promote The Cocksure Lads Movie.

In 2002, he began playing bass for Great Big Sea, and has since recorded five albums, written songs for the band (including the critically-acclaimed “Safe Upon the Shore”) and toured extensively throughout North America and Europe. 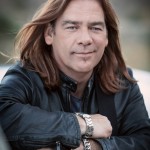 I’ve been making music and writing songs with Murrman for over a decade and have loved every minute of it. Murray’s got such a broad musical experience from Folk to Jazz to Rock and all the way back again. Doesn’t hurt that he’s an awesome singer and vocal arranger either.