The Cocksure Lads, a band from England, come to Toronto on their first-ever North American tour. Ten minutes after arriving, they get into a fight over royalties and break up. The Lads scatter across the city, and spend the day drinking, fighting, meeting girls, falling in love, and searching for a claw-foot bathtub. Through it all they learn what it means to be a band – but can they patch things up before their big show that night?

In the mid 90′s, Murray Foster and Mike Ford were members of the Canadian folk-pop group Moxy Fruvous. Just for a lark (and because they loved that kind of music) they started writing songs in the genre of early 60′s Britpop – Gerry and The Pacemakers, Herman’s Hermits, early Beatles etc. Every year they’d write four or five more songs, simply out of a love for the music of that era. They started to think that this collection of songs would be the catalogue of some kind of fictitious band from the sixties. A friend of theirs from New York suggested a name for the band – The Cocksure Lads – and the name stuck.

The two of them continued to write songs for The Cocksure Lads for another decade, until by 2010 they had over twenty-five Cocksure Lads songs. They decided to go in to the studio and record them, and came out with The Greatest Hits of the Cocksure Lads, 1963-1968.

In 2011, they were talking with Danny Ameri (the friend from New York). He ran a video production company, and suggested he come up to Toronto to film a video for the Cocksure Lads. The more they talked about it, the more they realized what they really wanted to film was a movie. Foster wrote the screenplay, Ameri came up to Toronto and they shot a teaser trailer.

THE COCKSURE LADS MOVIE was filmed in locations throughout Toronto in May of 2014. It includes guest appearances by Alan Doyle, Kendel Carson, and Walk Off the Earth.

THE COCKSURE LADS MOVIE was released in theatres across Canada in August 2015.

An entertaining salute to youthful idealism and indie-rock romanticism. 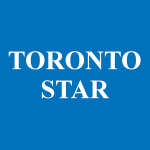 The film is engaging and well-cast and Peter Higginson is delightfully understated as the band’s aged and world-weary retainer, Monty.