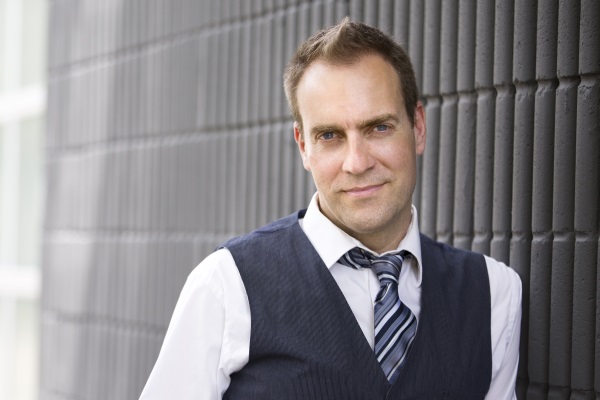 When Great Big Sea played their final show on December 31, 2013, I found myself entering a new chapter of my life. For two decades I had toured the world playing bass, first with Moxy Früvous and then for Great Big Sea. I had climbed to the top of my profession – a musician playing with one of the biggest bands in Canada – and then suddenly realized that that profession didn’t really exist anymore. I was thrown into the “river of precarious employment” – one that many creative artists today find themselves in.

It was terrifying at the time – but in retrospect, it was the best thing that ever happened to me.

In a mild state of panic, I went into overdrive – pursuing every lead, saying yes to every offer and walking through every door that presented itself.

Here, in no particular order, are the professional opportunities I’ve created for myself while swimming in the river of precarious employment:

In 2014, I founded the Toronto Songwriting School, based on my previous experience teaching songwriting at the Trebas Instititute of Technology. Now, two years later, we’re running weekly classes, a bi-annual getaway, and giving other Canadian artists paid performance opportunities in our Muse or Monster Songwriter Series. And I now teach songwriting at Seneca College in their Independent Performing Songwriter program, which is aimed specifically at songwriters.

That year, I dove headlong into directing my first feature film – The Cocksure Lads Movie. As director, I had to quickly learn to be a fundraiser, strategic planner, and team leader. I successfully pitched the film on Dragons’ Den, took it to festivals from Whistler to Shanghai, and then saw it released in theatres across Canada in 2015.

Working on the film required a lot of attention, but I still found time to add a few more lines to my resume. I was invited to join the Toronto Music Advisory Council, convened by the City of Toronto to advise on improving Toronto’s music sector. I also accepted a new role as the Executive Director of the non-profit Our Place Initiative, supporting the Etobicoke community with issues from transit to the environment.

Throughout it all, I’ve still worked as a songwriter, musician, and music producer. I collaborated on three songs on the Fortunate Ones’ Juno-nominated album The Bliss, including my song “Lay Me Down” which spent two weeks at #1 on the CBC Radio 2 Top 20. I perform in The Cocksure Lads live band, a twenty-year endeavor with my Moxy Früvous bandmate which inspired the feature film. I play upright bass in The Lesters, a jazz trio with Tory Cassis and Jeff Ulster. I also produced Laura Tremblay’s upcoming CD.

Most recently, I’ve launched a new company called Choir Nation which partners with Canadian companies to enhance employee engagement through corporate choirs paired with some of Canada’s top musicians.

As a creative entrepreneur in the new global reality of precarious employment, I’m still in a state of mild (but diminishing) panic – but I’m also enjoying tremendous career opportunities that I never would have pursued had I stayed ‘safe upon the shore’ (that’s a Great Big Sea pun – sorry….).