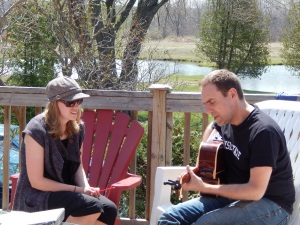 In January 2012, Murray was asked to take part in the Stephen Lewis Foundation’s DARE Campaign. As his ‘dare,’ Murray decided to write and record 30 songs in 30 days. These songs raised almost $6,000 to fight AIDS in Africa. That year, he also  began teaching songwriting at the Trebas Institute of Music in Toronto.

In 2014, he established the Toronto Songwriting School and later joined the staff of Seneca College.

He works with students of all levels, teaching the fundamentals of songwriting to beginners and helping established artists further their craft.

Toronto Songwriting School serves performers who are looking to take their music to the next level by writing and refining original songs that resonate with emotion and craftsmanship. The school offers private lessons, weekly classes, weekend songwriter getaways, and school workshops as well as producing the Muse or Monster Songwriter Showcase. Muse or Monster presents the best in up-and-coming and established Canadian songwriters. Presented in the round, they perform original songs and share stories of their inspirations, influences, and craft.

An excellent communicator, Murray Foster has a depth of knowledge about contemporary and classic songwriting as well as popular music in general that is impressive. His use of humour in his teaching has endeared him to his students, who are consistently educated, engaged and entertained. 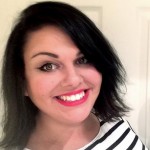 Murray's course is what I’ve been searching for for years. Every class is the perfect mix of theory and hands-on experience, right from the very first week. Not only do you benefit from Murray’s wealth of knowledge and experience, but you get to work with other songwriters in the group and learn from their styles as well. I would absolutely recommend this class to anyone looking to build their skills and confidence as a songwriter.