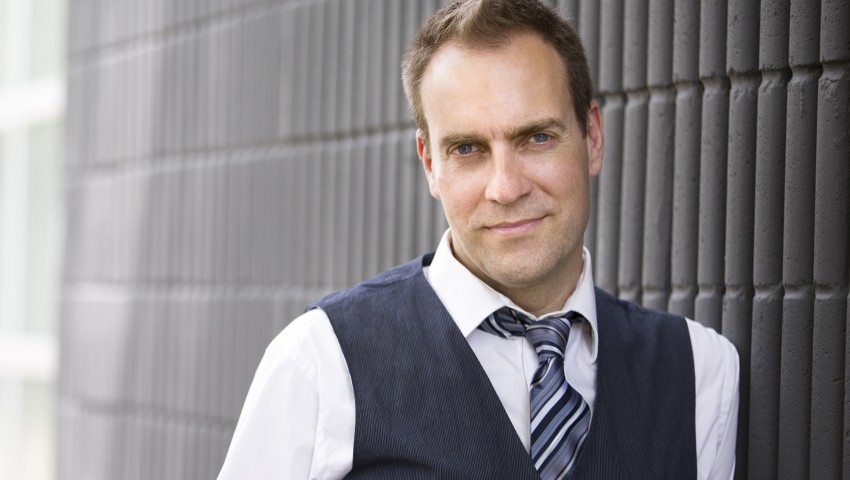 When Murray Foster attended Thornlea Secondary School in the ’80s, it was a hotbed of creativity.

“People were playing guitar in the hallways. There was high school rock night (battle of the bands) … It was pretty good,” Foster said.

“There was something in the water or area in the ’70s or ’80s, an appreciation for music. I’ve seen it written about — the Thornhill sound,” Foster said.

Other famous Thornlea graduates include: Paul Hayden Desser  (he records as Hayden), author Gordon Kormon, actor Cameron Mathison (All My Children), actress Lauren Collins (Degrassi: The Next Generation) and Sheila McCarthy (Little Mosque on the Prairie).

It was a time when you could be in different bands like jazz, heavy metal, and an a cappela group at the same time.

At home, his father often put egg cartons on the walls to sound proof in case he or anyone wanted to play music in the house.

Foster takes the stage in Markham Jan. 19 at The Living Room for a two-hour solo show.

He estimates he has performed in 3,000 concerts with bands but until about two years ago, he hadn’t performed in a solo show in part because he hadn’t written enough material. Also, since his touring schedule with Moxy and Great Big Sea was pretty intense, there was little room for such an endeavour.

Foster is a Thornhill native, born and raised.

He remembers a much more rural Thornhill than the developed area it is today. His grandparents moved to Thornhill from England in 1929 and bought five acres of land that included an apple orchard and tobogganing hills.

He, his brothers and cousins would pick pears, build tree forts, shoot arrows and air guns. His family home and surrounding land was in the Green Lane and Bayview Avenue area and has since been replaced by houses.

“When I grew up, it was all cornfields,” he said.

He remembers cows and horses in the area.

But, he doesn’t visit Thornhill much anymore.

“I don’t want to overwrite my memories,” he said. ”I’d rather maintain the memories in my head.”

He hasn’t kept in touch with Ghomeshi, saying the last time he had seen him was at Ghomeshi’s father’s funeral about five years ago, before scandal touched the CBC star. Asked whether the scandal surprised him, he said the physical abuse aspect of it did surprise him. When Foster and Ghomeshi were in Moxy Fruvos, “there was no evidence of that,” he said.

Whatever changed in Ghomeshi happened post-Moxy-Fruvos, he said. Recalling the scandal, he said: “It was traumatic the first few weeks when it came out.”

Murray performs at The Living Room at The Farm Rehearsal Studios.