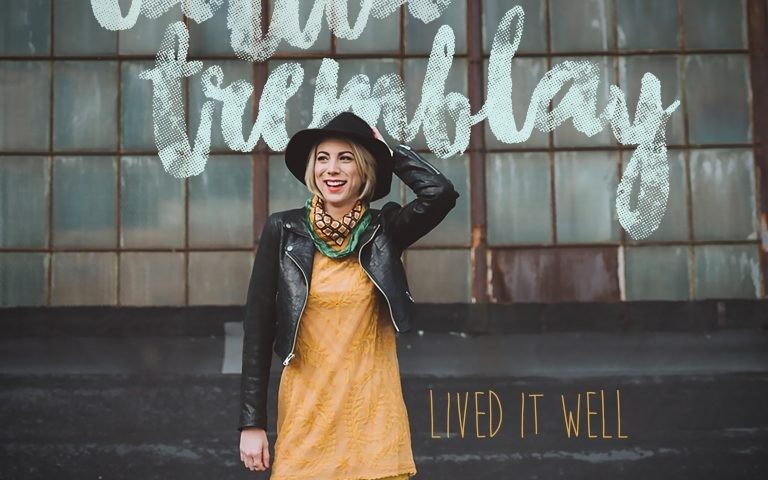 While pursuing a successful career on the stage and on both the big and small screen, Laura Tremblay never lost sight of her long-held childhood goal of becoming a singer, songwriter and recording artist. With an array of film and TV roles to her credit, including Paranormal Witness, Ben-Hur, Handsome Devils and Tear Us Apart, as well as a role in the highly-acclaimed touring stage production of Evil Dead: The Musical, it was when Tremblay was cast in an independent film called The Cocksure Lads in 2013 that she made pivotally important connections that changed her life.

The result of this chance encounter is the forthcoming release of Tremblay’s scintillating, gloriously upbeat and spectacularly melodic debut album, Lived It Well.

Growing up in a small, rural Ontario town, Tremblay was fortunate to be raised in a family that loved music and encouraged her precocious dream of learning to sing and play guitar.

“My parents loved country music so I grew up listening to Hank Williams, Conway Twitter and Garth Brooks. My dad loves that stuff and he is also a fabulous singer, although he would hate me saying so. He would be doing the dishes or in the shower and he had this beautiful voice singing these great old songs. So I kind of know where I got it from. My grandmother was also an amazing singer. There seems to be a lot of talent in my family, but I was really the first one to pursue it,” she said.

“My older cousin played guitar and I would just watch him play and practice for hours. So when I was 12 I convinced my parents to get me a guitar and lessons and that’s really where I found my love for the guitar, and how it would allow me to create my own music.”

Lived It Well was recorded at the Lincoln County Social Club studio by its owner John Dinsmore, and was produced by Murray Foster, best known for his work with Great Big Sea and Moxy Fruvous. Tremblay has nothing but praise for the magic Foster brought to the album.

“It’s so amazing to hear where the songs are today compared to a year ago when I first brought them to Murray. He really arranged the album as well as producing it. John was the engineer and mixed the album as well and they both dud an incredible job. I would not sound as good as I do without their experience and ear and pushing me to do my best in the studio,” Tremblay said.

The result is a collection of songs that run the gamut of emotion and demonstrate not only Tremblay’s deeply emotive and compelling voice but also her powerful gift for songwriting.

The lead-off single, Take Over, is decidedly positive and sweetly melodic tune that demonstrates remarkable pop sensibilities, while maintaining an earthy rootsy vibe.

With boundless energy, a fun, engaging, natural stage presence and a collection of original songs that are inspiring, thoughtful and deeply resonant with a wide audience, Tremblay’s down-to-earth, rootsy take on pop music is likely to mean she will be able to live her childhood dream for many years to come.