History buffs from Canada paid a special visit to Greenock 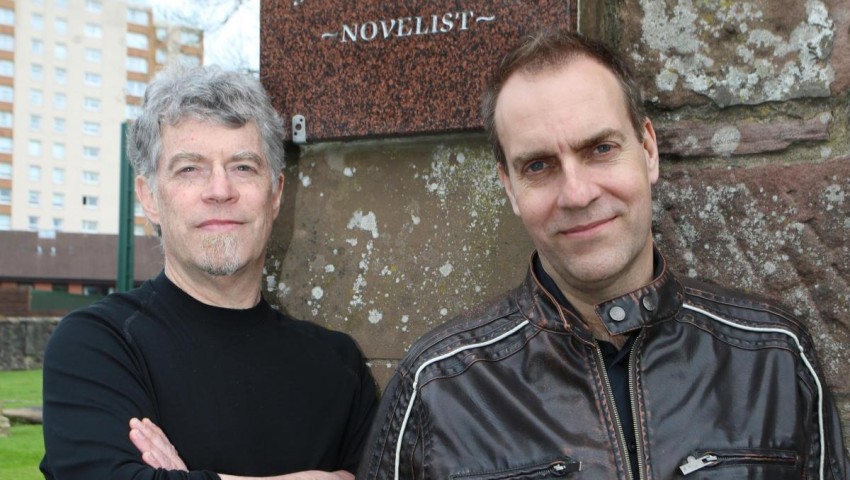 HISTORY buffs from Canada paid a special visit to Greenock to see the final resting place of legendary novelist and developer John Galt.

The group made a transatlantic trip from the city of Guelph, one of the places established by Galt in the 1800s.

While being renowned for his literary accomplishments, Galt is also revered for his work with the Canada Company as the first superintendent tasked with developing what was then Upper Canada.

Guelph was founded in 1827 and was the headquarters for the radical British-led overhaul.

Among the visitors to Galt’s hometown were well-known Canadian performers Mike Ford and Murray Foster, who earlier in the day took to the stage at Notre Dame High for a world-premiere of their new two-man musical theatre show commemorating the 240th anniversary of Galt’s birth this year.

There were also representatives from the indigenous community in Ontario, whose ancestors were negatively affected by the colonisation.

Tammy Adkin, manager of Guelph Museums, said: “In Canada we’re in a time of truth and reconciliation with the peoples of our land and, with the 240th birthday of John Galt, we have the opportunity to look at his work in creating our city in his part of the world, but in a broader sense.

“We very much appreciate the hospitality we have received here.”

He is buried in the Inverkip Street Cemetery.

There are several tributes to Galt locally, including plaques where he died, at the gates of his final resting place and a fountain on the Esplanade.

These locations were included in the visitors’ whistle-stop tour of the town, courtesy of the council and volunteers from Inverclyde Tourist Group.

Galt left a similarly lasting impression in Guelph where there are streets and buildings named after him, statues and even a ‘John Galt Day’.

Performer Mike said: “When you grow up in Ontario you hear of the Canada Company and it was quite phenomenal. “It was all Galt’s idea, he dreamed it up, how to finance it and brought a lot of Scots, in particular, to southern Ontario.”

The party of seven also included Alex Jacobs-Blum, on behalf of the indigenous community.

Hailing from the Lower Cayuga Nation of Six Nations of the Grand River Territory, Alex also works at Guelph Museums and performed a traditional ‘smudging’ ceremony by burning sage leaves for its cleansing properties.

She said: “I was acknowledging my ancestors because they were affected by John Galt in the colonisation of some parts of southern Ontario.

“It’s really important for me to be here.

“This place is lovely.”