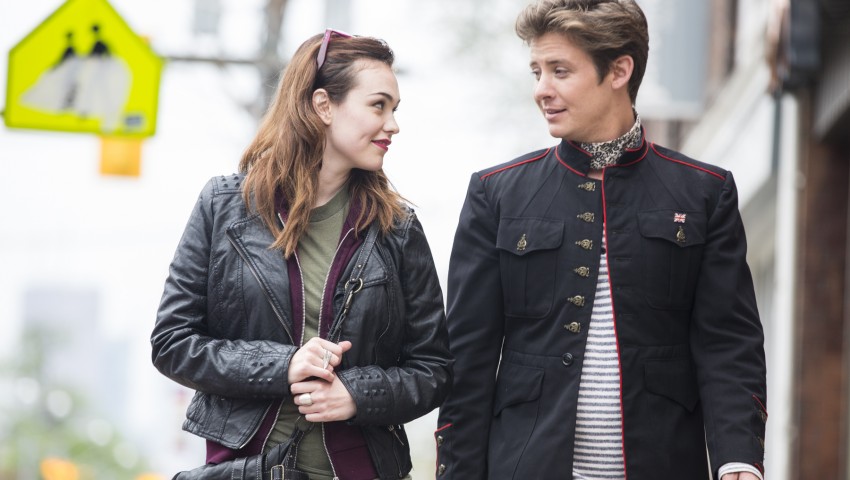 For Murray Foster, there will always be something “a little magical” about British music.

“I think everyone in the world goes through a Beatles phase,” he says. “It’s not like other music — the Beatles were not like any other group. It’s like: how is this band possible? How is this music possible? I think everyone has this sense in them: that British music is, somehow, sort of … better.”

As a founding member of Moxy Fruvous and bass player for Great Big Sea, the Canadian musician has mostly admired his British counterparts from afar. The exception is The Cocksure Lads, a parody British Invasion group he started with fellow Moxy Fruvous alum Mike Ford around 20 years ago. It started, Foster says, with the pair leaving songs as voicemails on each other’s answering machines, evolved to a few live shows and two albums and, this week, the group — sort of — makes its feature-film debut in The Cocksure Lads Movie.

Sort of, because Foster’s not in it. “There are four different incarnations of The Cocksure Lads, in different universes,” Foster, the film’s director, writer and producer, says over the phone. “The realities start to overlap in weird ways.”

So while Foster and Ford are the “real” Cocksure Lads, having written, recorded and performed the group’s music, the feature film stars four young Brits as the fictional band, on the cusp of a breakup right before playing their first big show in America (“Er, Canada,” the group constantly reminds themselves; the gig is in Toronto). “The dramatic conflict I wanted off the top was something I had experienced in every band I had been in but never seen in a movie: the royalty argument,” Foster explains of the script’s development. “It’s everything from heated discussions to yelling to ‘Here’s a letter from my lawyer,’ to ‘I quit.’ I’ve been in that situation six or seven times.”

More like three years. Foster set up a Kickstarter campaign to fund The Cocksure Lads film in 2012, and the following year he and Ford played a number of pop-up gigs during the Toronto International Film Festival to promote the film. Filming on The Cocksure Lads began in April 2014, and the film made its world debut in December 2014 at the Whistler Film Festival.

The film itself is set the modern day, although the group’s music is distinctly retro (not that it doesn’t fit; what isn’t a little retro in 2015?). It’s also more dramatization than mockumentary, breaking the fourth wall occasionally for Hard Day’s Night-style music montages. “I’ve always felt like Spinal Tap kind of covered 95% of the jokes of the band mockumentary,” Foster explains. “There’s nothing left to mine there.”

Foster says the feature isn’t a coda for the faux band: “We have a bunch of tunes written for a third record,” he says, laughing. “Cocksure Lads is literally (Mike Ford’s) favourite band of all time — he loves it more than I do. Every three months he hands me a CD with four new Cocksure Lads songs on it. He can’t believe that this little in-joke of ours is a feature film.”